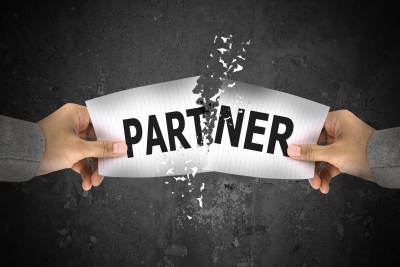 These issues are addressed in an article by Jim Stingl in the Journal Sentinel, found here: http://www.jsonline.com/news/milwaukee/one-year-later-gay-marriage-also-brings-gay-divorce-b99513974z1-306392381.html

As mentioned in this article, one question looming over same-sex divorce involves the award maintenance, or alimony, which often requires a consideration of the length of a marriage. While there were no same-sex marriages in Wisconsin until June 6, 2014 (when the ban on same-sex marriage was overturned), many other states, as well as Canada, have allowed same-sex marriage for several years. So the questions remains, when will the Court consider a marriage that occurred previous to June 6, 2014, outside the state’s jurisdiction, to have begun? On the date of their actual marriage, or on the date Wisconsin legally recognized that marriage? There certainly appears to be some confusion among judges, which would have a direct effect on a court’s ruling for maintenance.

Another important issue is the marital presumption, and whether the courts will extend the marital presumption to children of same sex couples. Currently, the law states that the husband is presumed to be the father of any child born to the wife during the marriage.  However, it is unsettled as to whether children born to same sex married couples would be ‘presumed’ by the State of Wisconsin to be children of both parties. This may also evoke similar timing questions as to when and if Wisconsin will extend this presumption to same-sex couples married outside the state’s jurisdiction.

The legal community is anticipating that the U.S. Supreme Court’s ruling later this month regarding whether states must allow same-sex marriage and recognize same-sex marriages from other jurisdiction will provide courts with some guidance. Until then, this unique issue remains unsettled with the Wisconsin courts, and open for interpretation. Moreover, because this issues remains unsettled with the courts, it can also leave divorces finalized during this time vulnerable to post-judgment litigation in the future.

These issues regarding custody, placement and support of children, maintenance, and property division, should be at the forefront of any divorce discussion. Any individual seeking a divorce should choose an attorney who understands the unique issues involving same-sex marriage and divorce, and who is prepared to guide her client through the divorce process. If you are facing this difficult situation, call us at (414) 258-1644 to schedule a free initial consultation to discuss your case.

We welcome your comments or questions. We will do our best to try to respond. However, please be advised that we cannot give legal advice in this forum and all communications are for general informational purposes only. Communication should not be construed as forming an attorney-client relationship. This is an open forum and any information you provide may be posted and will not be held confidentially. By posting a comment or question, you are expressly giving consent for the publication of same. If you have any specific legal issues or concerns, we always recommend that you consult with an attorney in the county and state in which you reside. Cancel reply